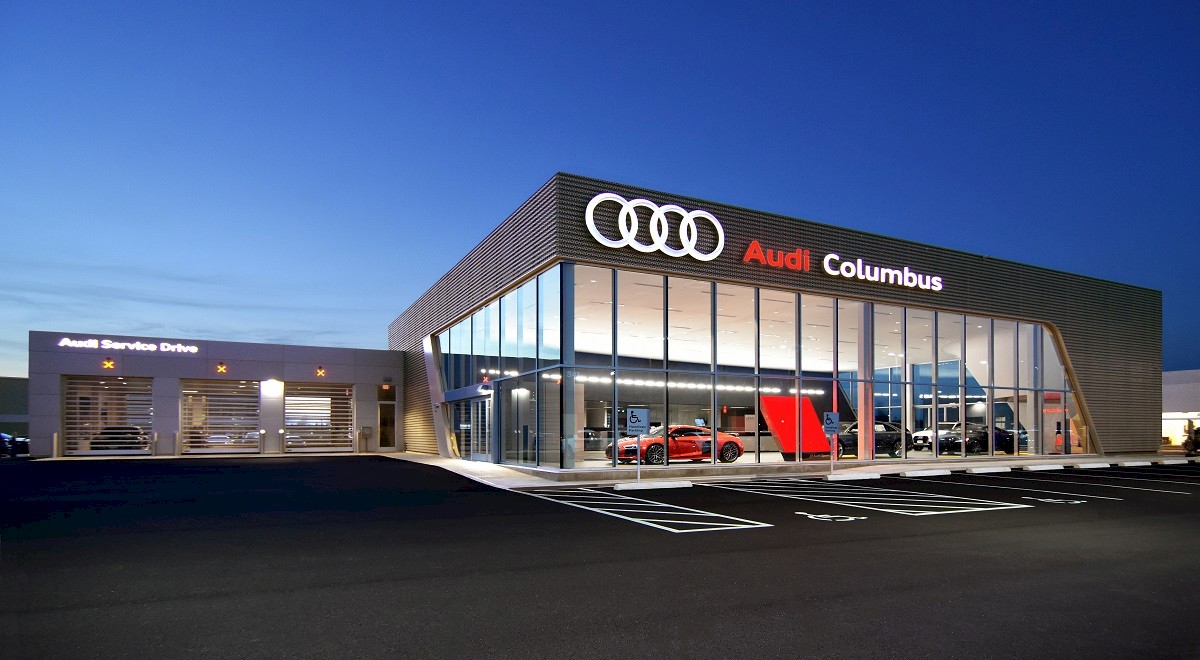 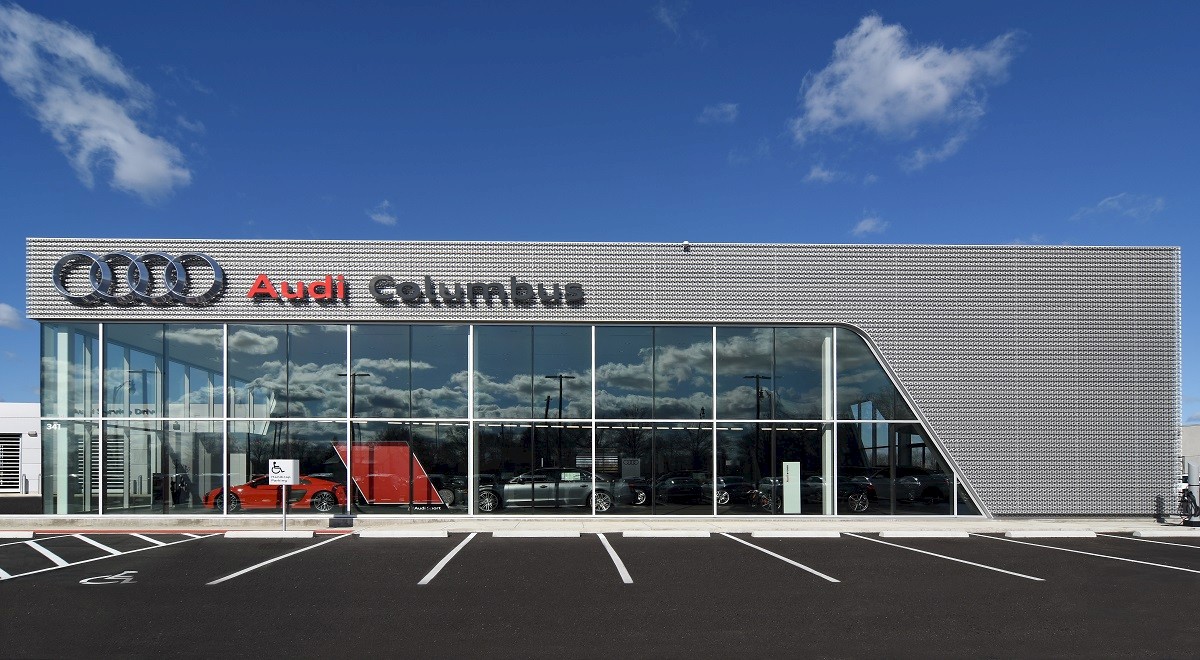 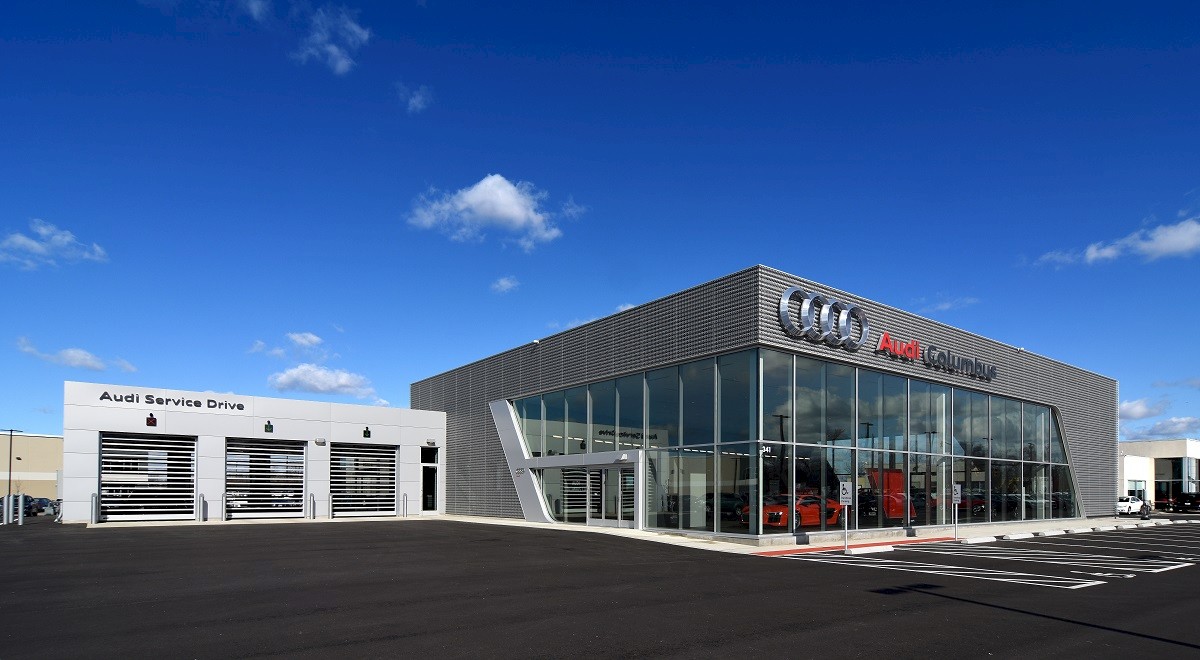 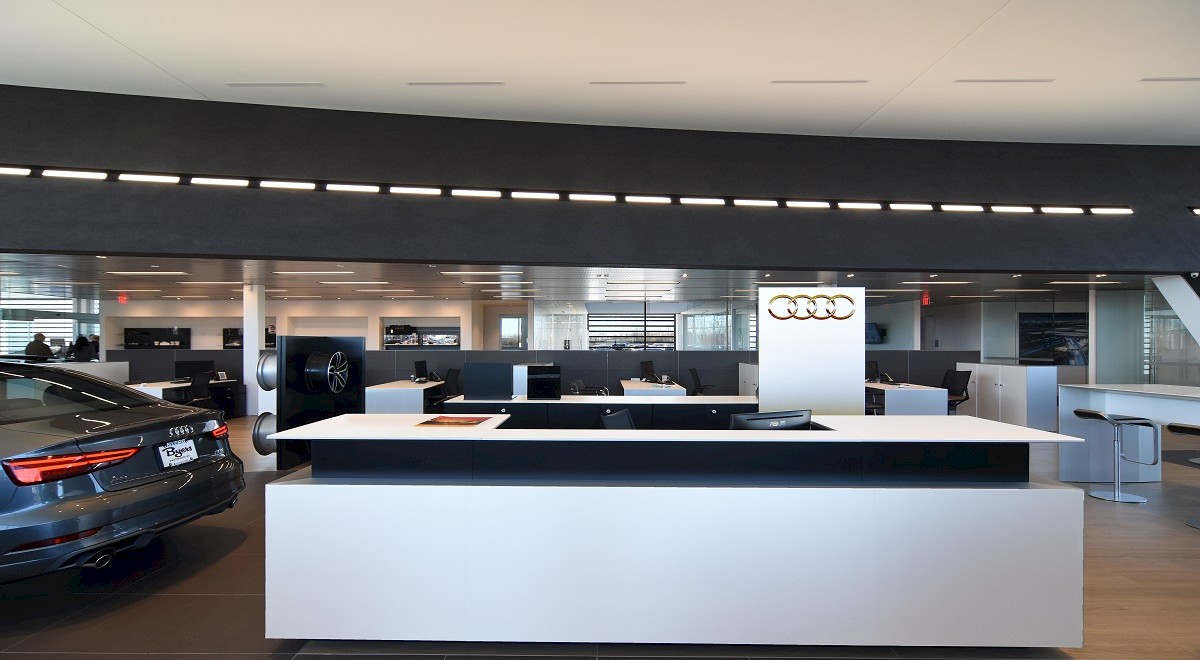 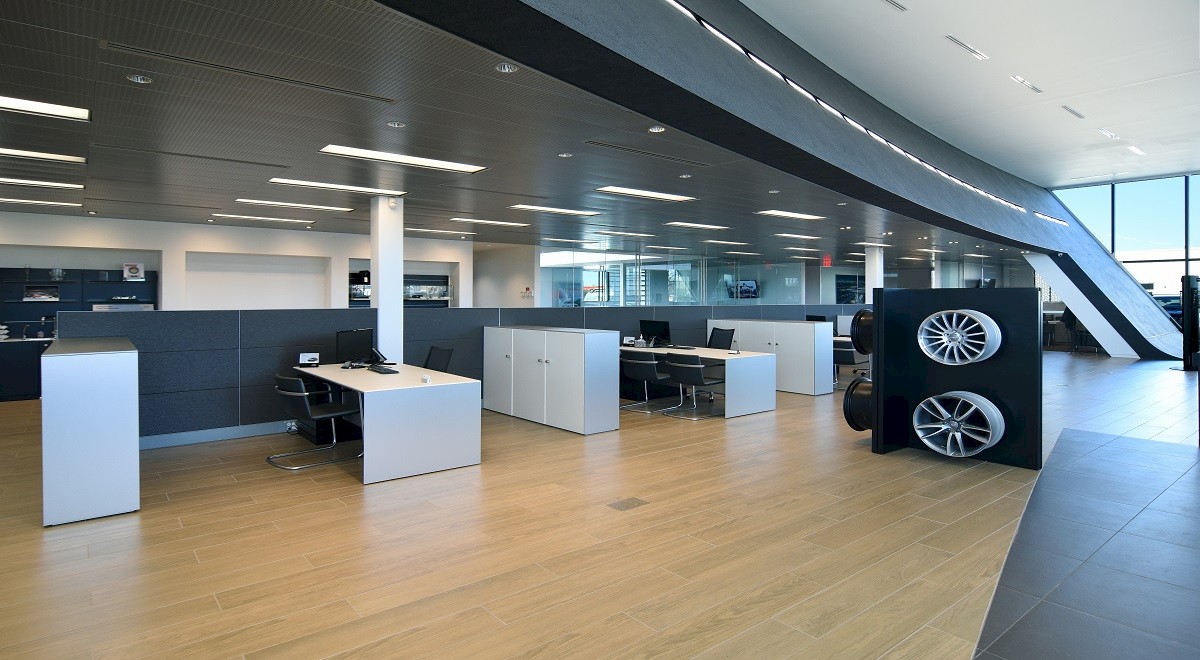 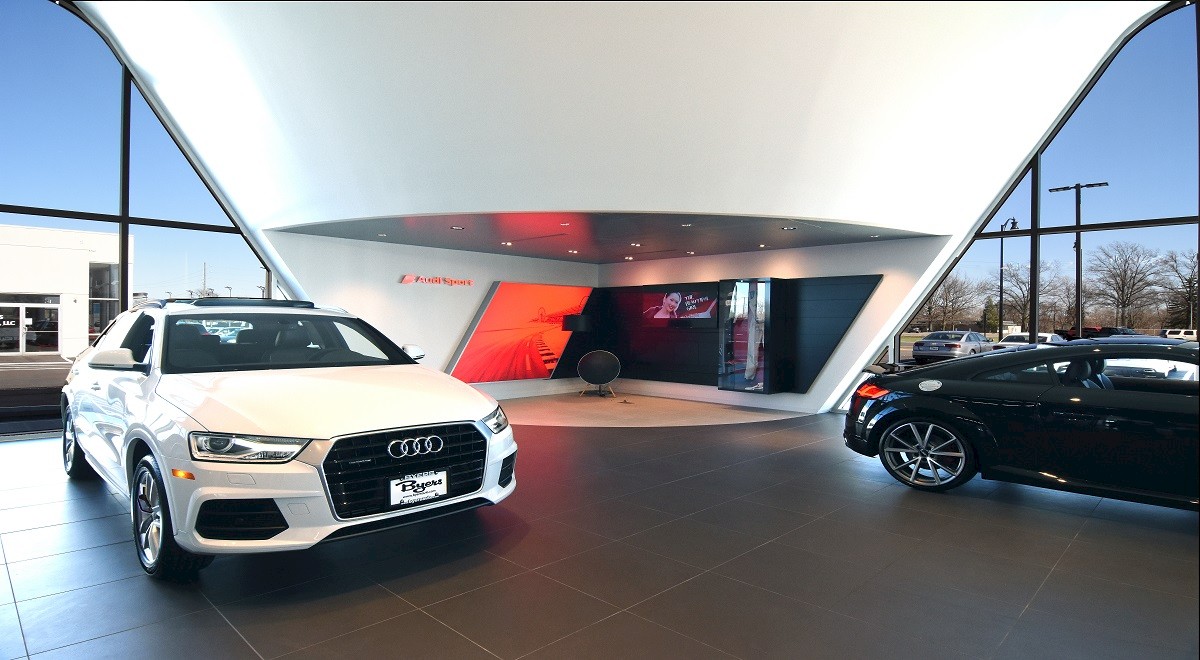 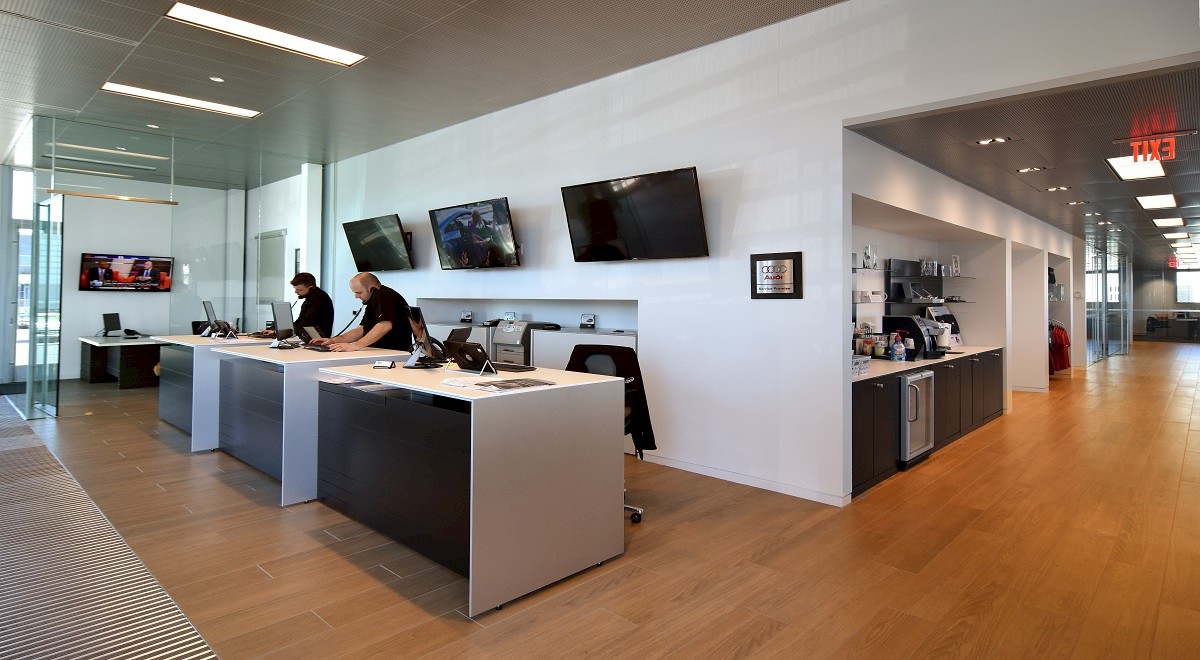 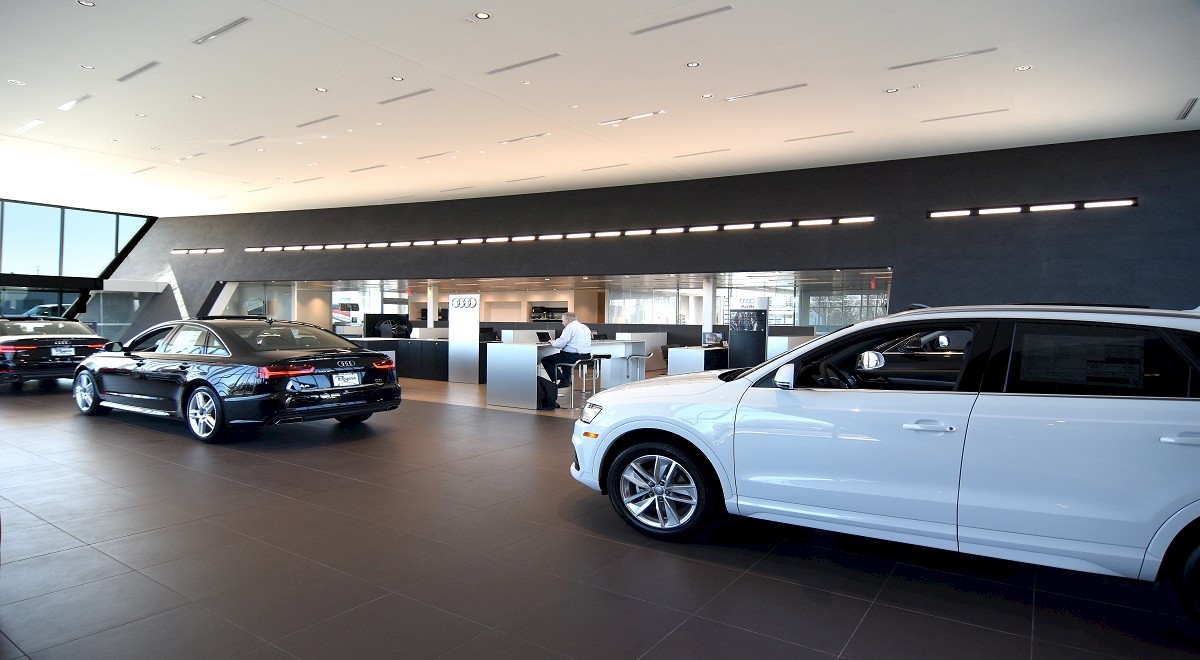 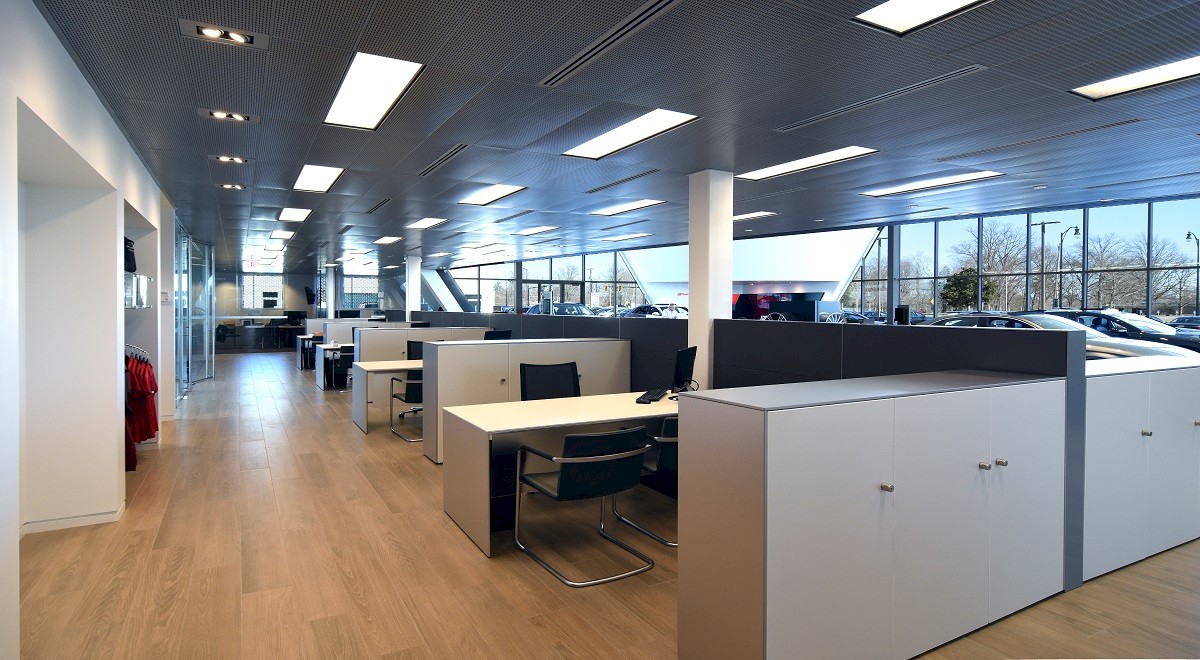 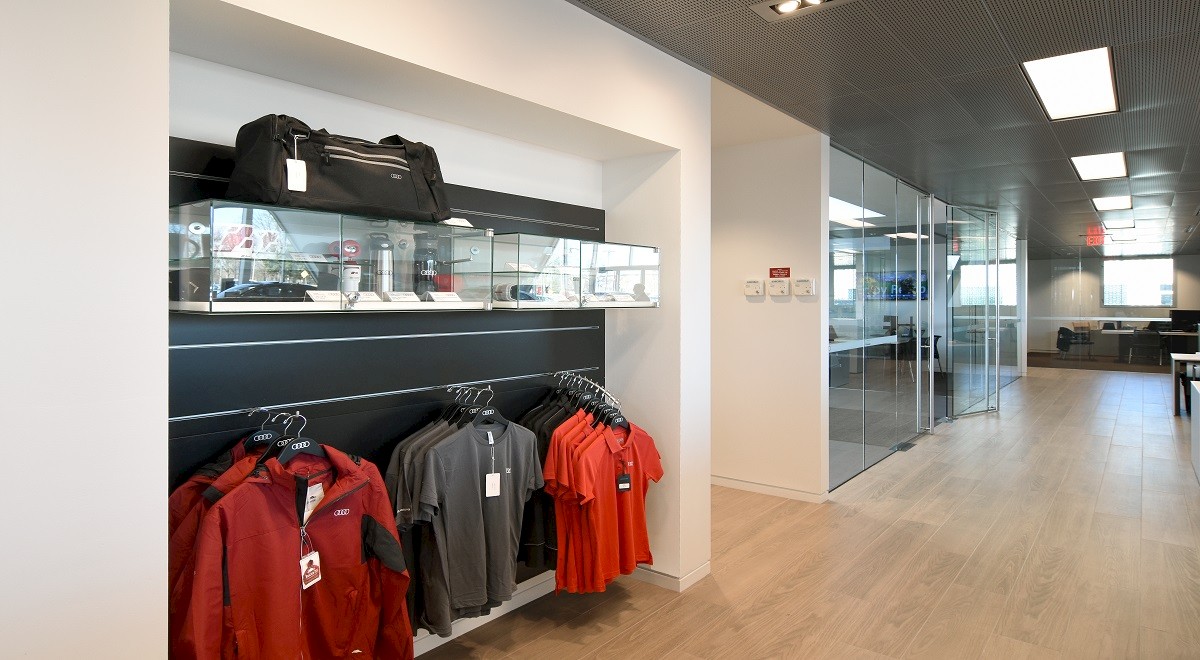 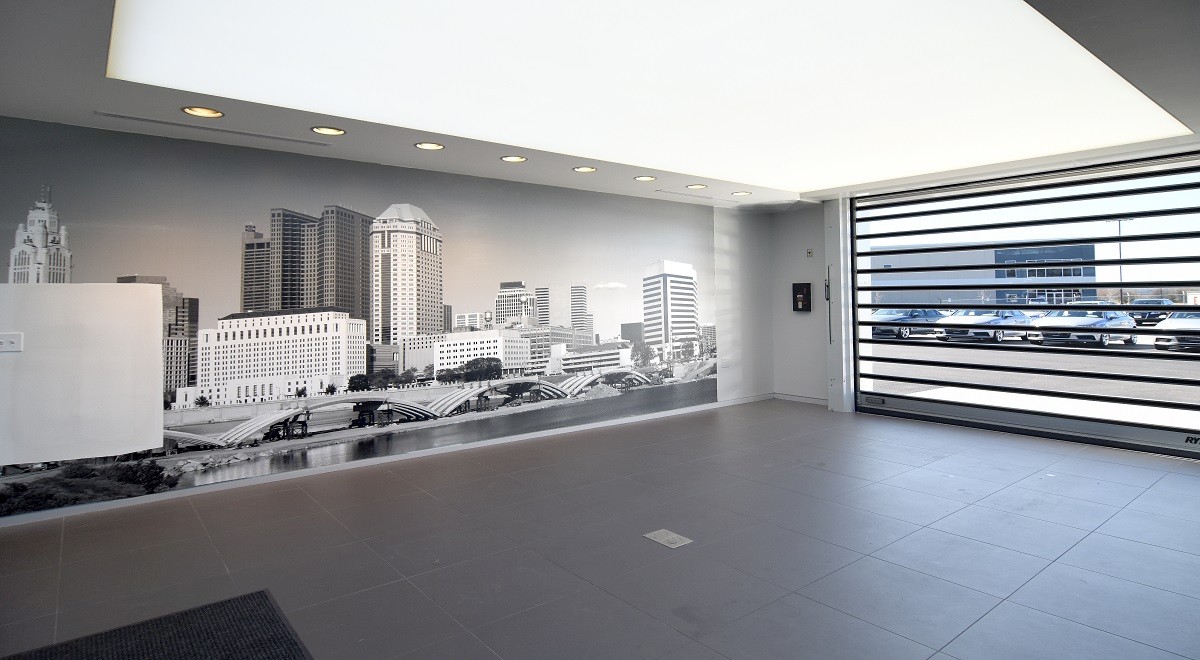 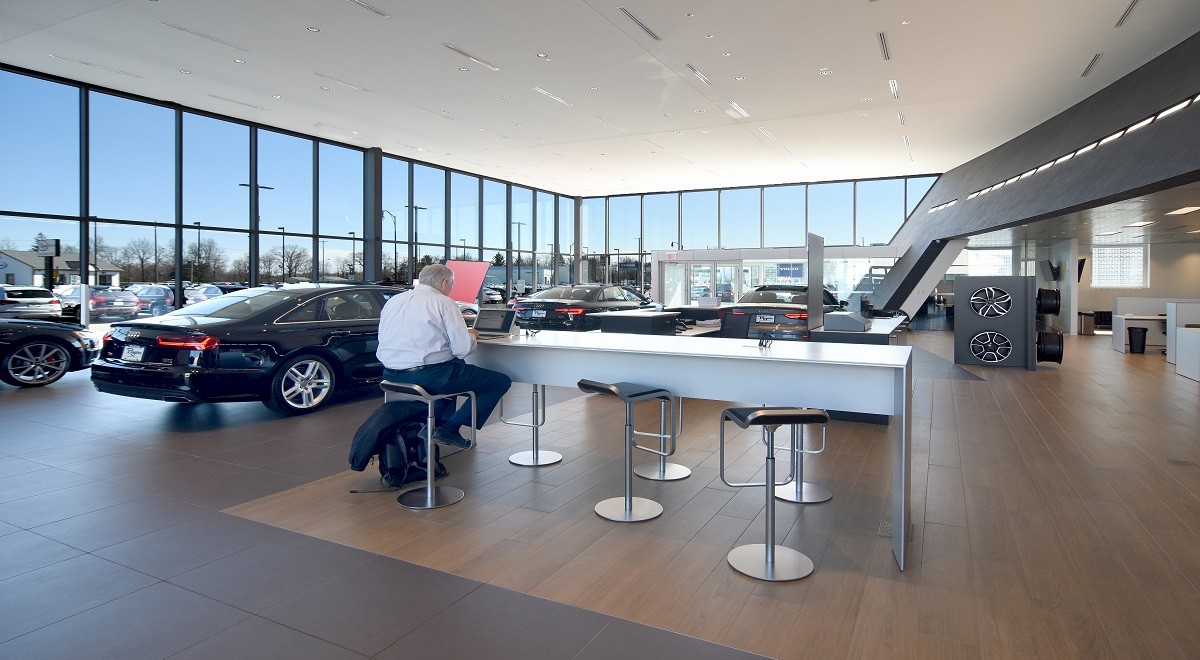 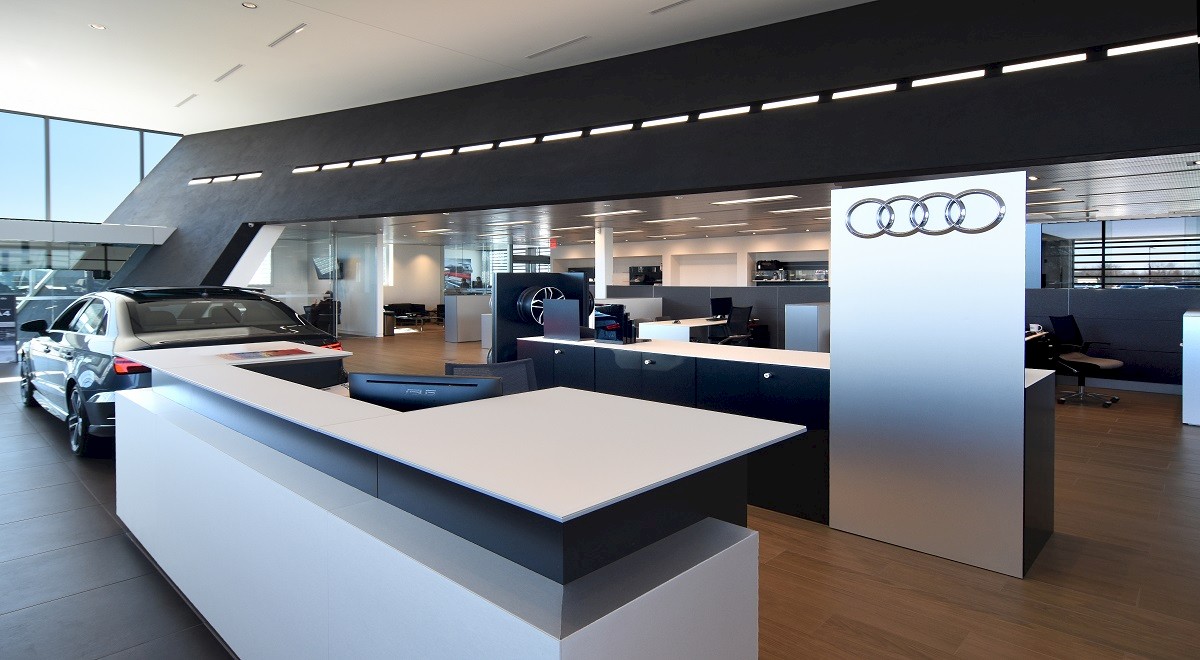 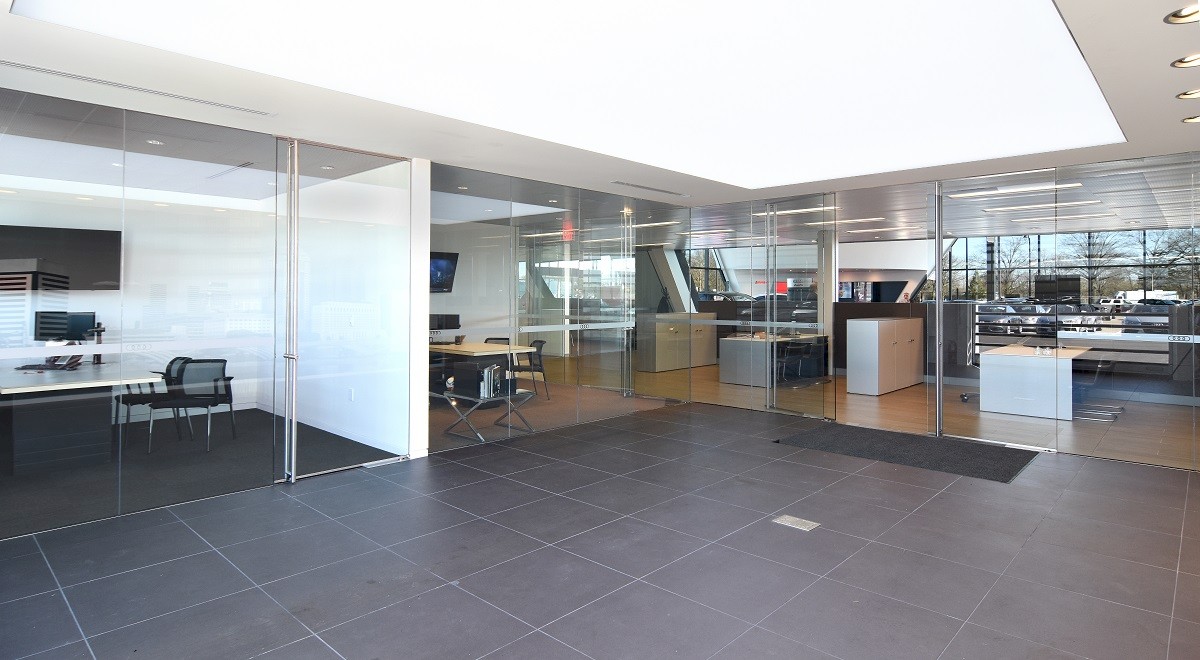 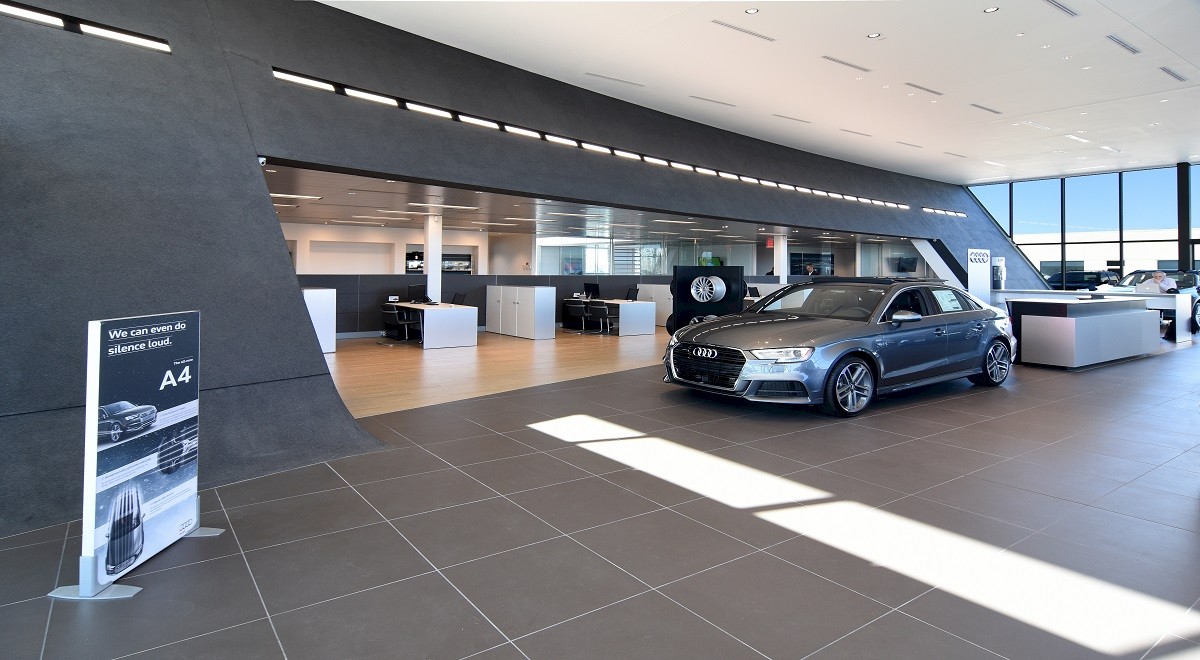 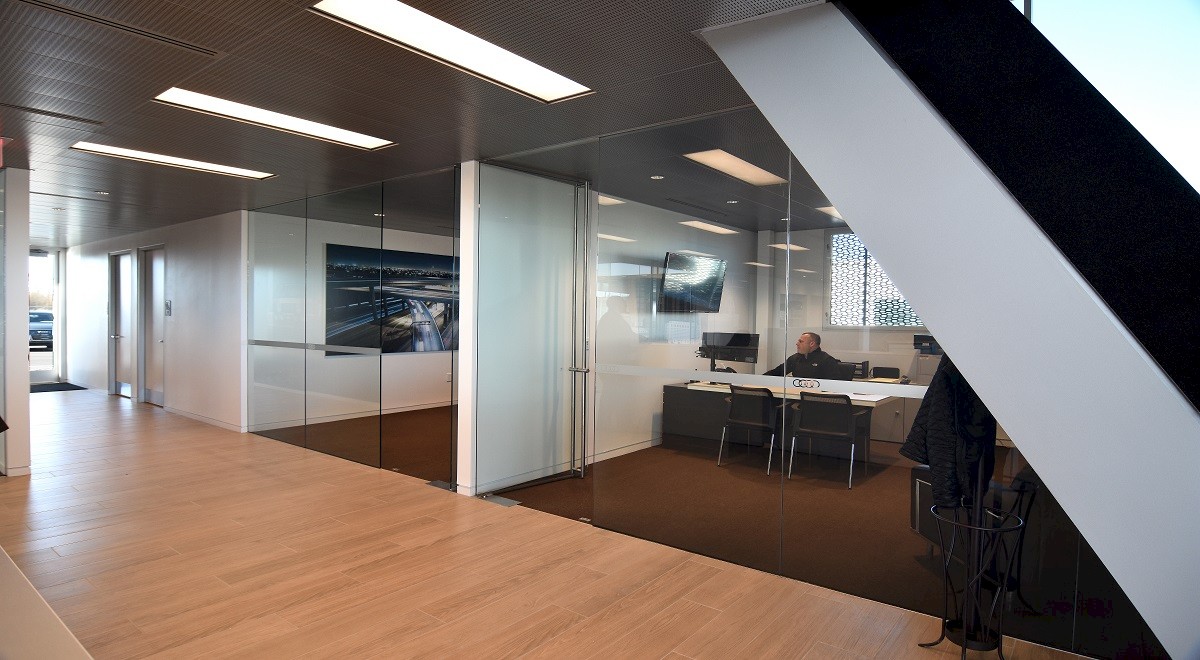 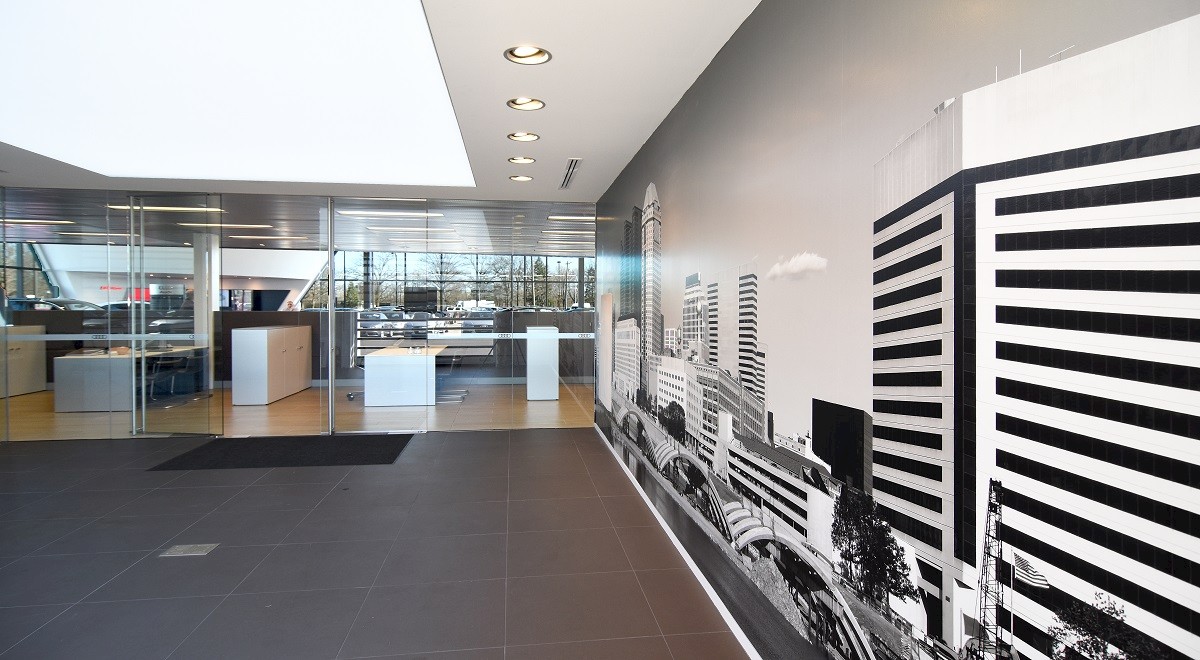 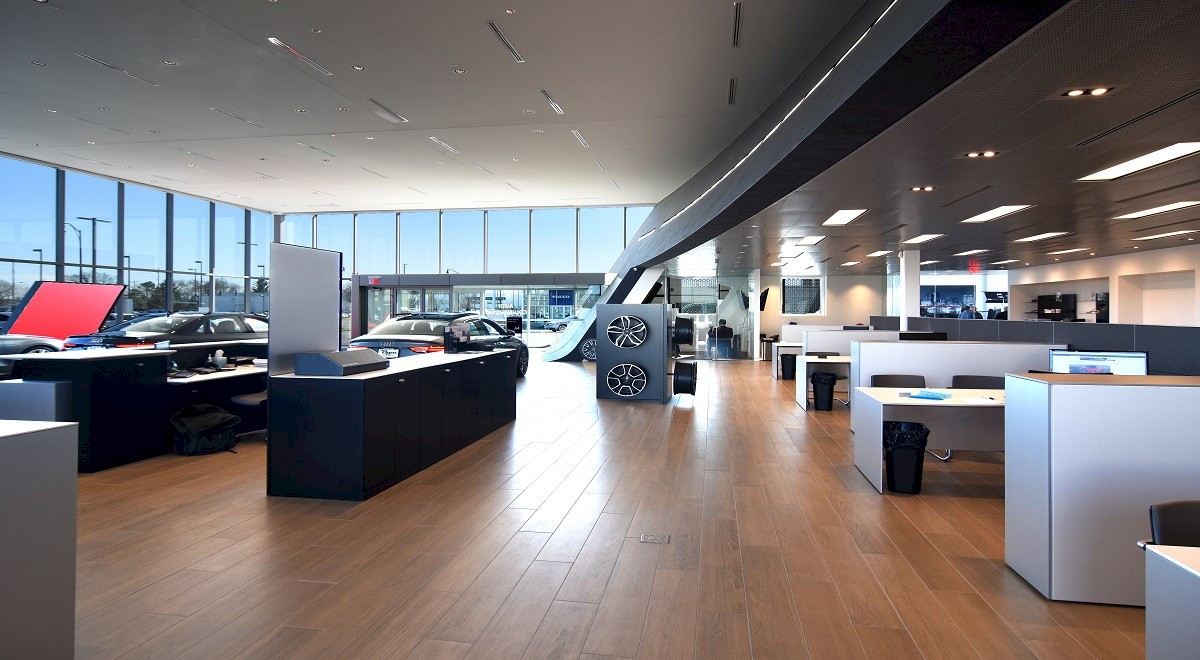 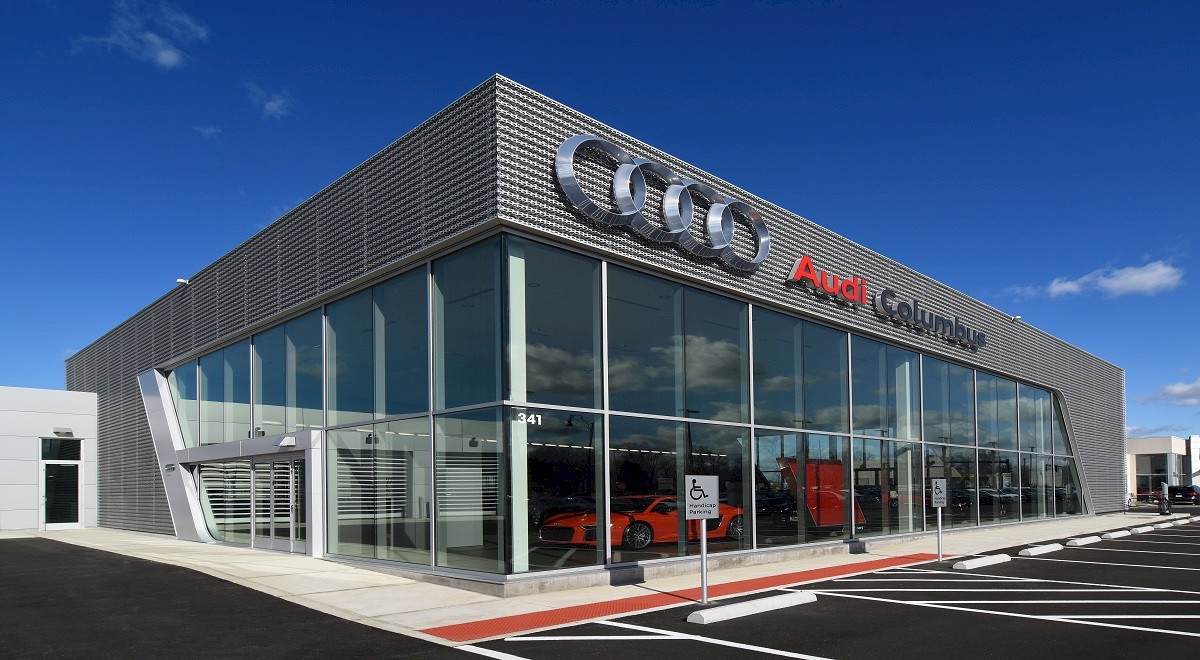 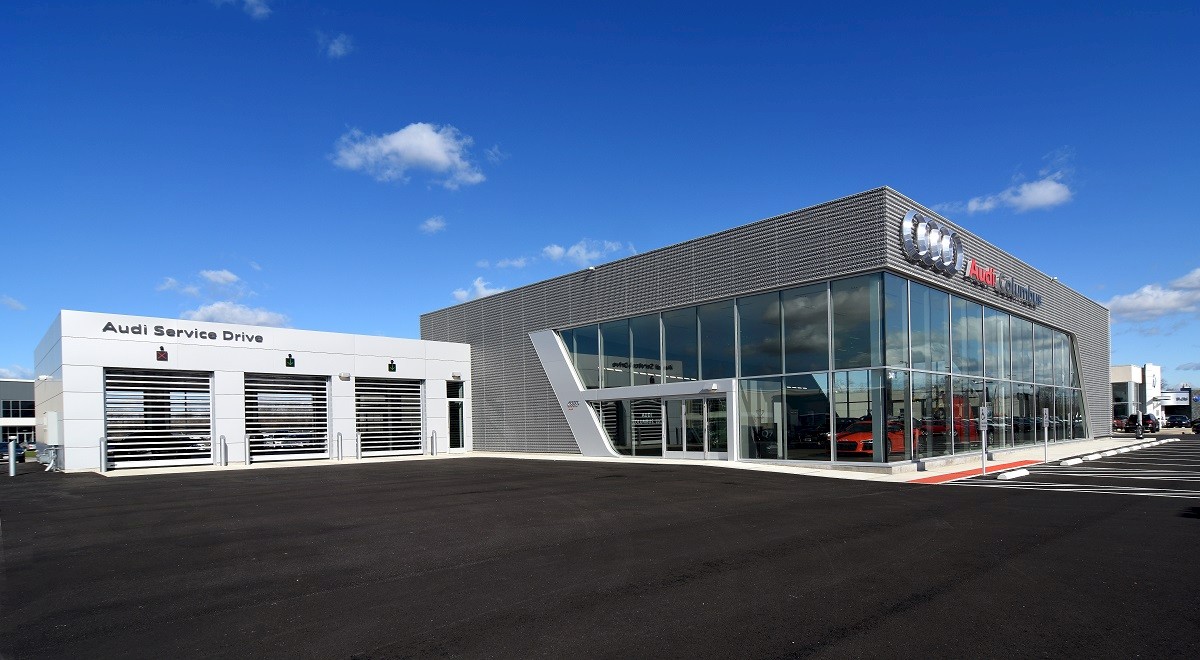 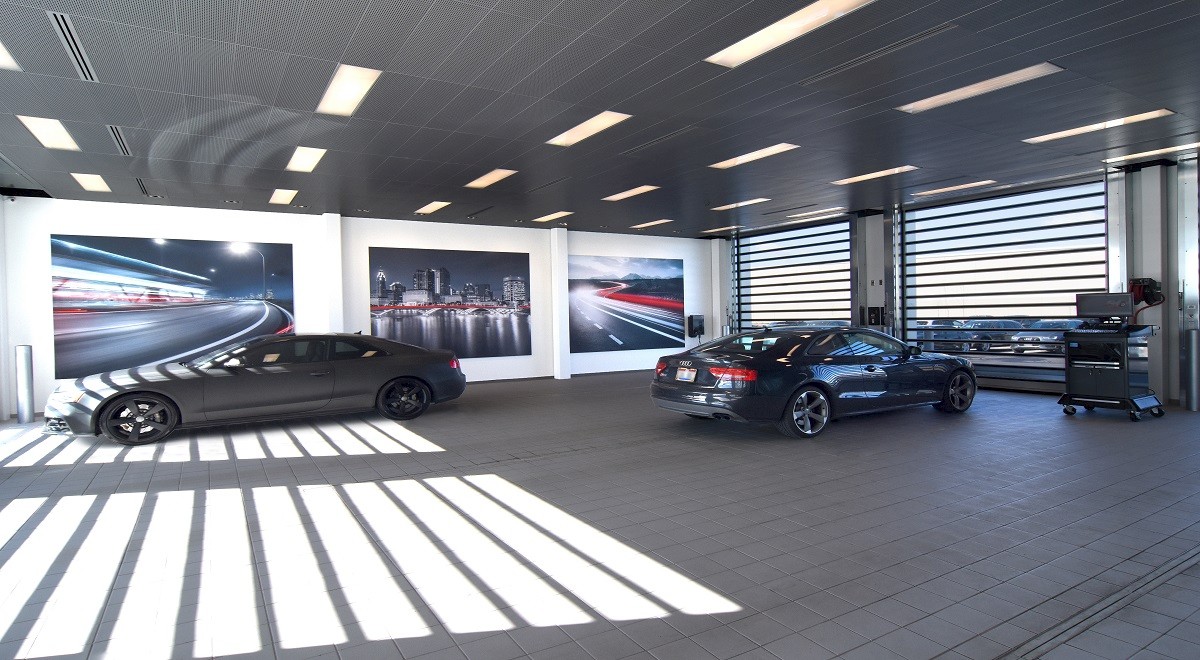 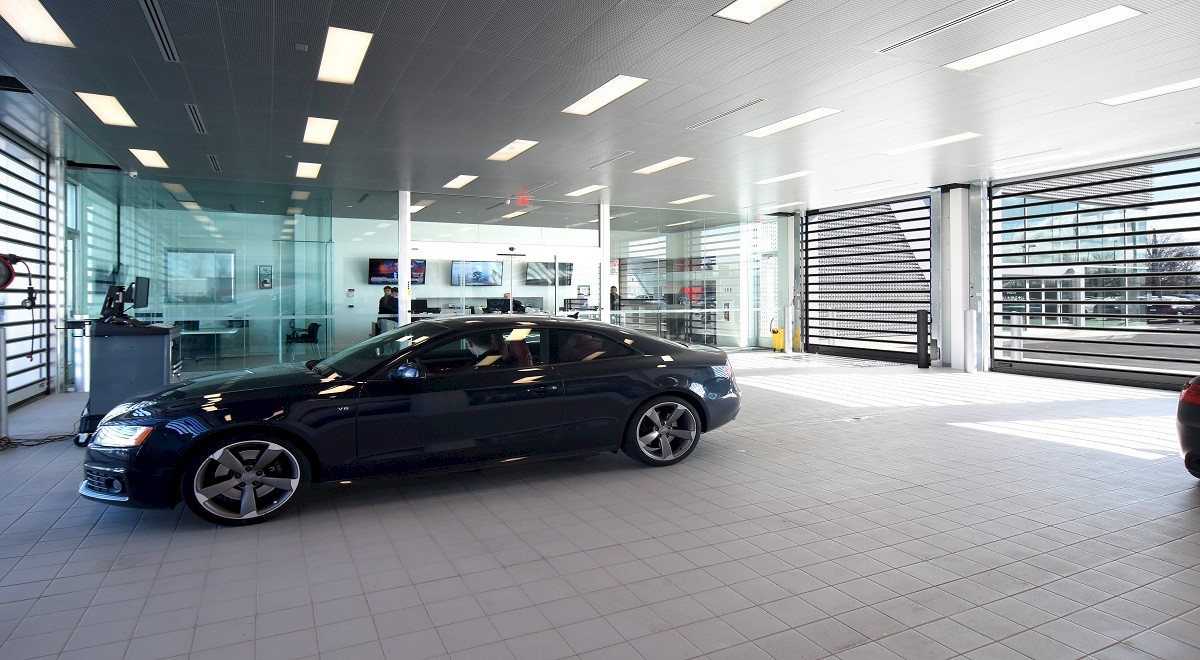 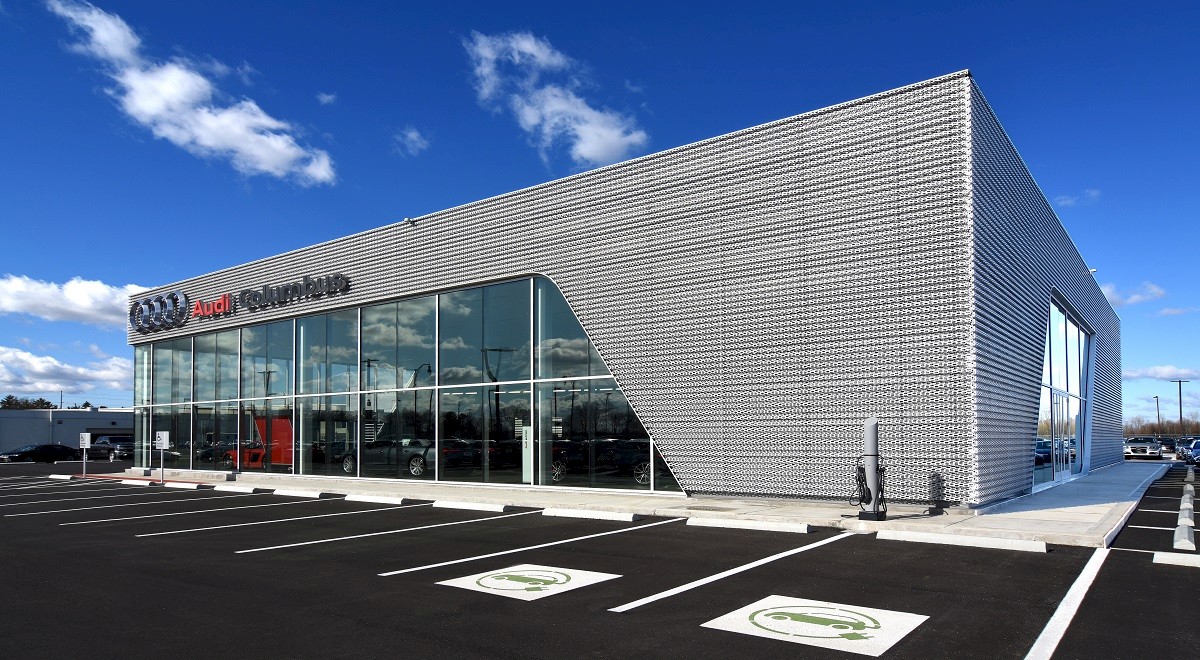 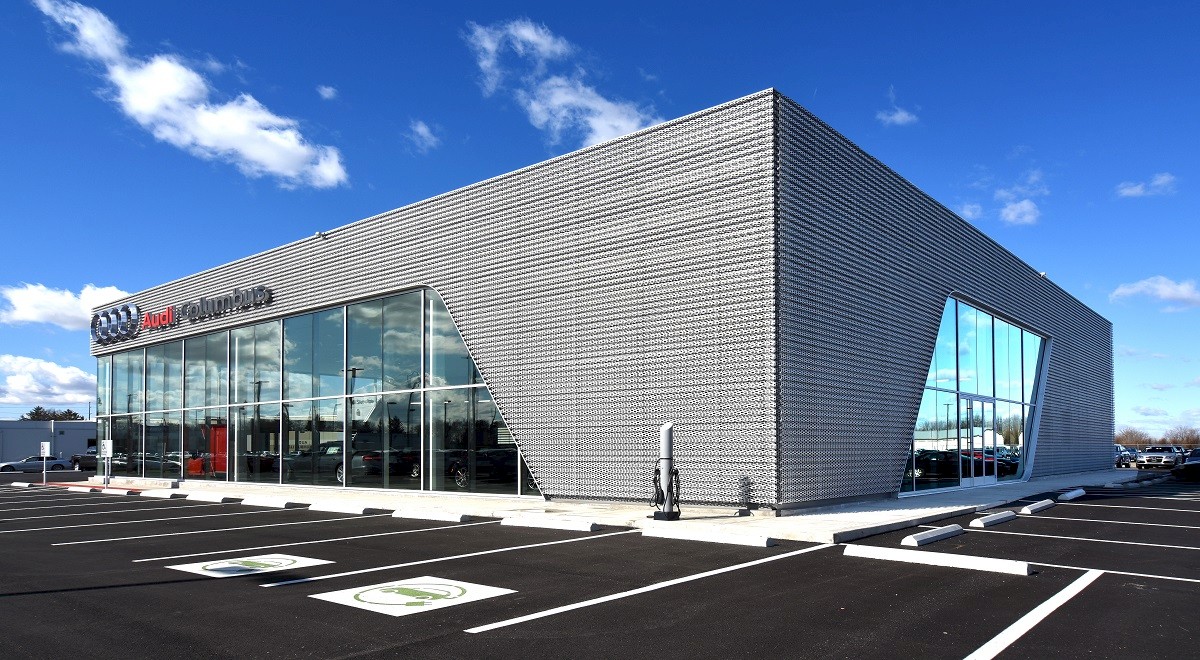 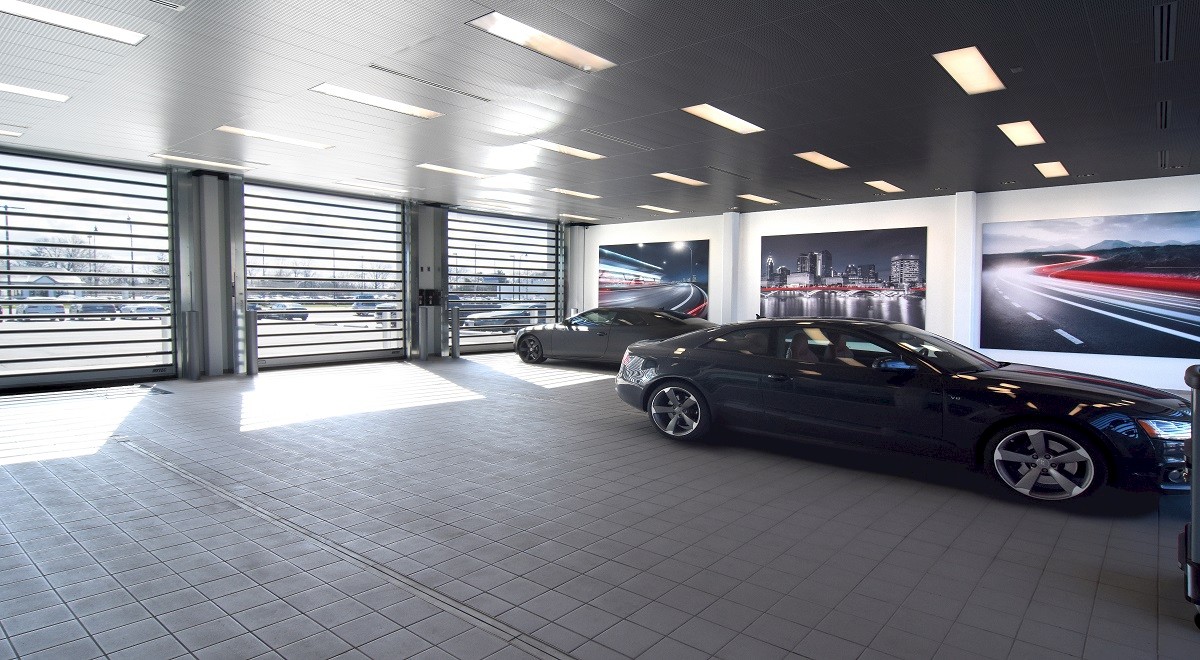 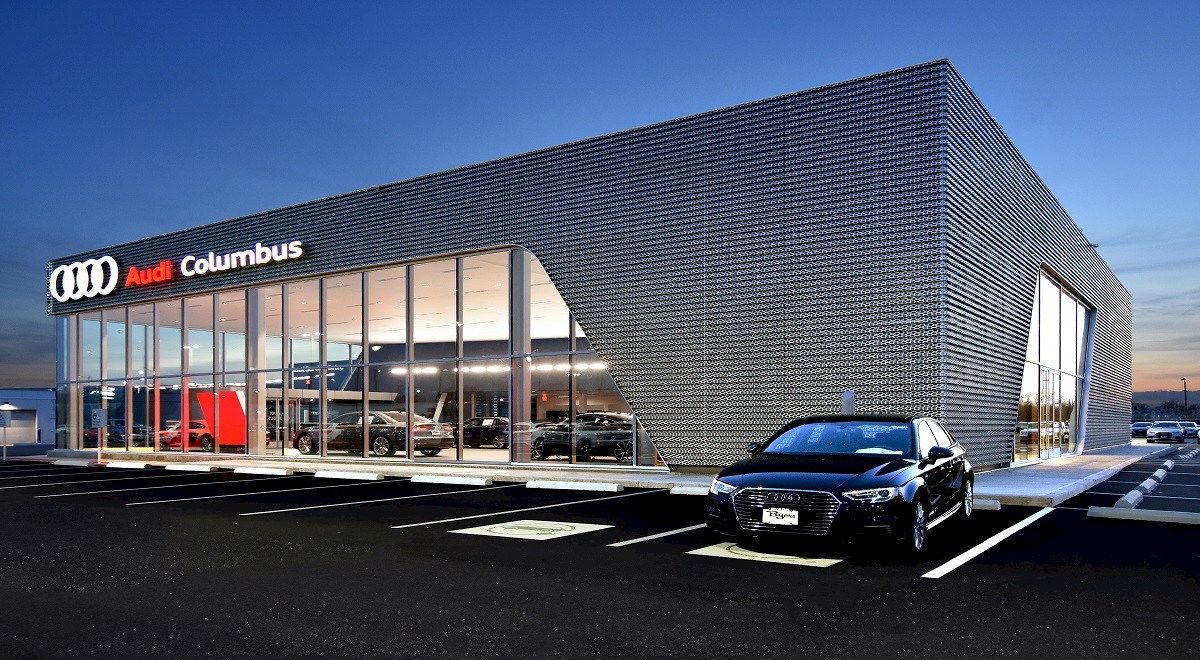 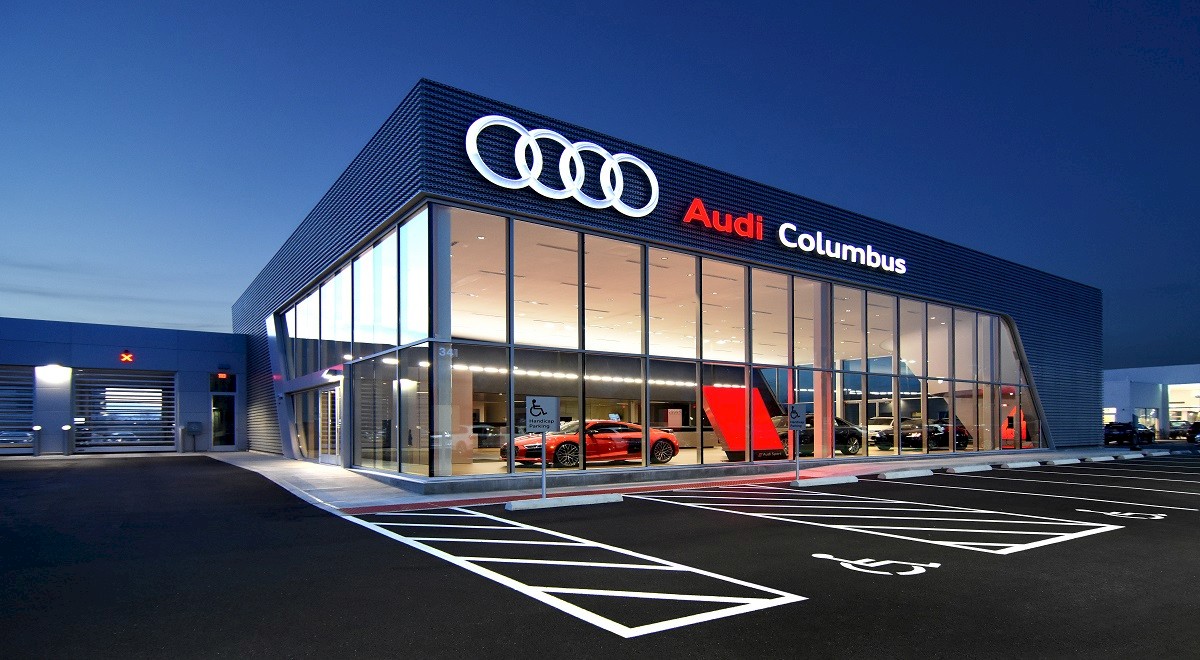 When Byers Audi in Columbus outgrew its current facility, they knew they needed a new one—and on a tight timeline.

“The brand was growing too quickly to share service capabilities with the two other brands it was being housed with,” said Kevin King, Byers Audi. “We thought it was a good time to get it out on its own. Audi customers deserved an exclusive sales and service experience.”

King was familiar with Renier’s work from previous project's including the new Byers Chevrolet dealership in Grove City, so when it was time to choose a vendor, King knew who to turn to.

“I know the owner and how they do things, which erased any concerns I might have had about the quality of the project, had we selected another vendor,” King said.

One unique challenge of the project was that Audi of America specifies materials and finishes that fit with the brand’s image and must be incorporated in any facility, meaning some of our design choices were limited. However, Renier was up to the challenge.

“Renier did all the research on the suppliers and provided options that would work both for us and for Audi of America,” said King. “They were incredibly organized and efficient. They chose top-notch subcontractors and communicated well with everyone. Everyone involved in the project was crystal clear as to what was happening and when. That level of organization builds trust."

And if needed, King could easily reach anyone from Renier in minutes. “Communication was key to the whole project going so smoothly. I think they enjoyed the project, as did we. There was synergy on both sides. We were one team.” The new 12,000 square-foot facility was completed on time and on budget. It took just six months to finish the entire project.

“It’s got a whole new feeling. Everyone loves it, both employees and customers. It has a modern design. It’s efficient, open and airy. We couldn’t be happier with it,” King said.

“I’d say you’re foolish if you don’t have Renier build your building. I wouldn’t hire anyone else.” 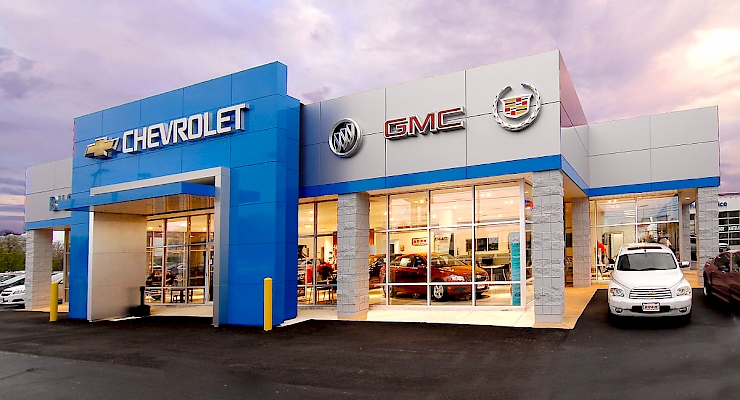 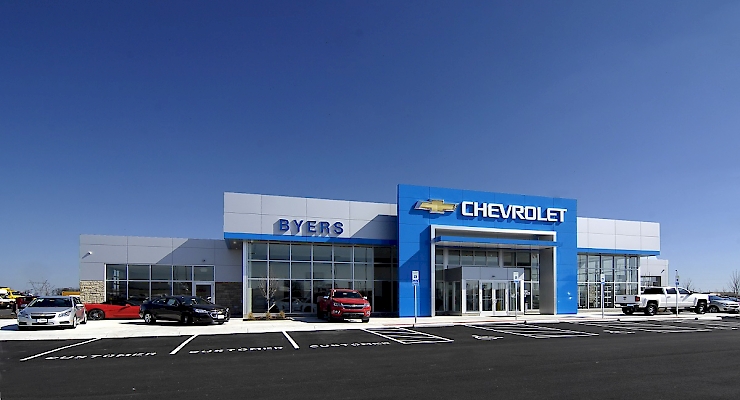 June 22, 2016 — Posted by Kim Teetzel
In the recent issue of Automotive News, Renier Construction and their architect were recognized for providing unique solutions to meet their client’s goal of maintaining daily operations during ... (read more)

“Renier takes the hassle out of the construction process….they make it easy. We’ve worked together for 15 years and I always receive the same high-quality on every job. I can’t imagine there is anyone better with the details.”

“Renier is a good company to do business with because they exceed expectations with their customers.”

“I have found Renier to care about completion of each project within the agreed upon timeframe and budget. Even more so, I have found them to genuinely care about the job as if it were their own.”

“We needed more space and didn’t have time to waste. Renier completed our expansion in four months. Their disciplined approach saved our retail season.”

“Renier provided a comprehensive budget for us up front and handled everything from design to permitting to construction and closeout. Our project was completed on schedule as they promised.”

“The fact that they completely fulfill all the commitments they make to us is awesome. They do what they say they will do.”

Enter your email address and we'll notify you with Renier's latest news. Find out why our clients turn into friends.