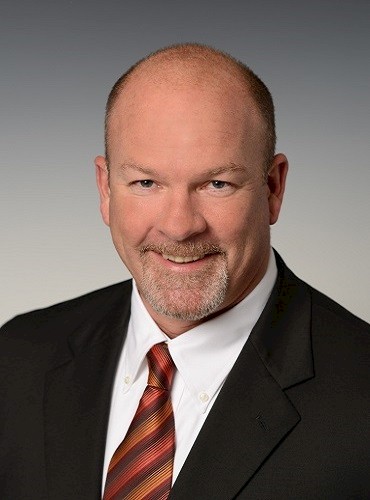 Joe Ross has worked in the construction industry for more than 34 years. He joined RSI as a steel erector and found a passion and vision to lead projects and crews to maximum efficiency and potential. Ross was promoted four times throughout the next fourteen years.

From foreman to field operations manager he has had the opportunity to work in numerous aspects of the business.

Ross was promoted to vice president and general manager in 2001 and has diversified RSI's field services to include ACM panel installation, metal roofing and retrofit services.

Prior to joining RSI, Ross served six years in the United States Navy Seabees as a builder in the Naval Mobile Construction Battalion. Ross served tours of duty in Spain, Portugal and Guam as well as public works duty in Boston, Port Hueneme, California and Gulfport, Mississippi.

Ross is a member of the Builders Exchange of Central Ohio, is a volunteer coach and mentor with the Boy Scouts of America, and participated in the construction of Camp Oty'Okwa to benefit Big Brothers-Big Sisters of Central Ohio.

“I’d built new offices twice before and my experience with Renier was by far the best.”

“The fact that they completely fulfill all the commitments they make to us is awesome. They do what they say they will do.”

“Renier takes the hassle out of the construction process….they make it easy. We’ve worked together for 15 years and I always receive the same high-quality on every job. I can’t imagine there is anyone better with the details.”

“I have found Renier to care about completion of each project within the agreed upon timeframe and budget. Even more so, I have found them to genuinely care about the job as if it were their own.”

“We needed more space and didn’t have time to waste. Renier completed our expansion in four months. Their disciplined approach saved our retail season.”

“The team at Renier makes decisions that marry the design aspect of what needs to be accomplished with the available resources. The team is professional, engaged in the project at hand, very attentive to detail and delivers projects on time and on budget.”

Enter your email address and we'll notify you with Renier's latest news. Find out why our clients turn into friends.